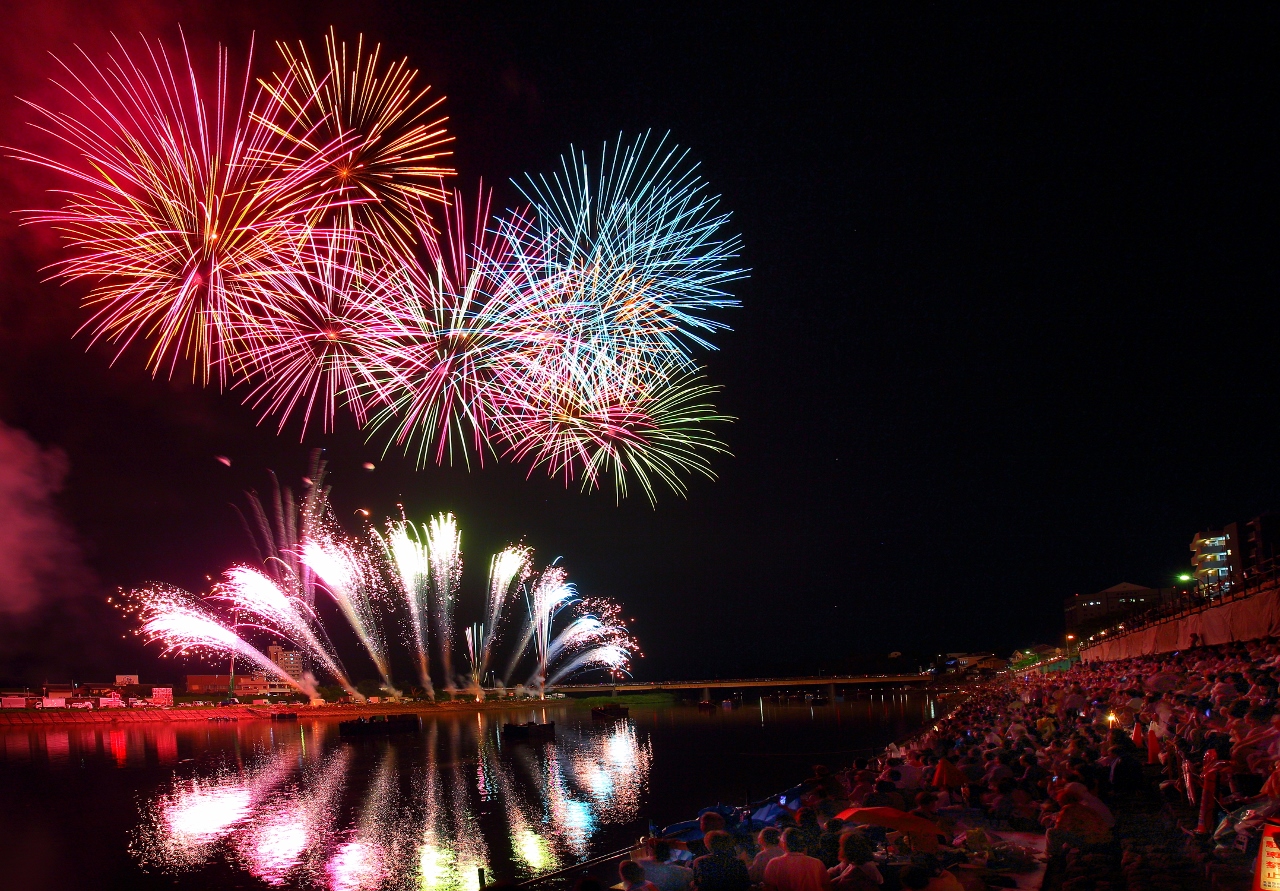 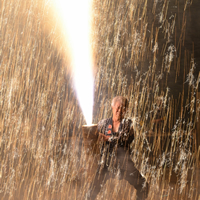 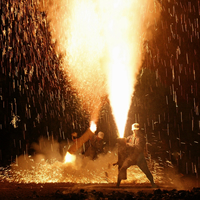 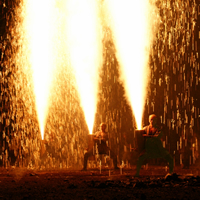 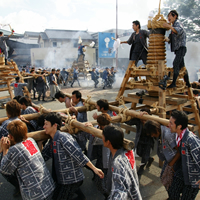 A feature of the summer in Toyohashi. This is a festival held at Yoshida Shrine on the Friday, Saturday, and Sunday of the third week of every July, when the rainy season is just ending. It is the largest firework festival in Higashi Mikawa, and it has become widely familiar since the Edo Period in which the fireworks at the festival started to become splendidly held. On Friday, tezutsu (arm-held) fireworks, which have a proud 450-year history and originated at Yoshida Shrine, are lit by parishioners in front of the altar. It is a magnificent festival in which people from 8 towns light approximately 350 tezutsu fireworks, cannons, and roman candles. On Saturday, the water of the banks of the Toyo River and the night sky of Toyohashi are brilliantly colored by approximately 12,000 explosions of lit fireworks, star mines, and exhibition fireworks. On Sunday, traditional performances, such as sasa odoi (dancing), the Yoritomo procession, manju (steamed bean-jam bun) distribution, and mikoshi togyo (carrying of miniature shrines) are modestly conducted.

Go to the Top